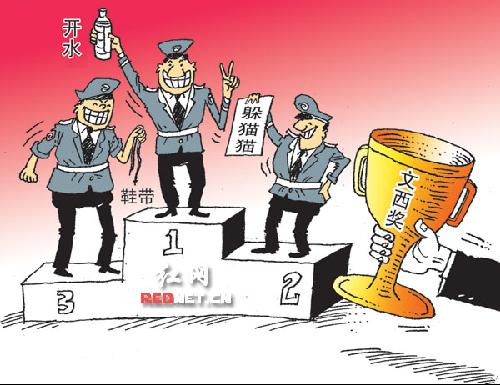 Competition for the lamest excuse for a prison inmate's death. In first place is "drank boiled water," in second place is "played hide and go seek," and in third place is "hung himself with his own shoelace."
Retrieved from "http://chinadigitaltimes.net/space/index.php?title=Hide-and-seek&oldid=300"