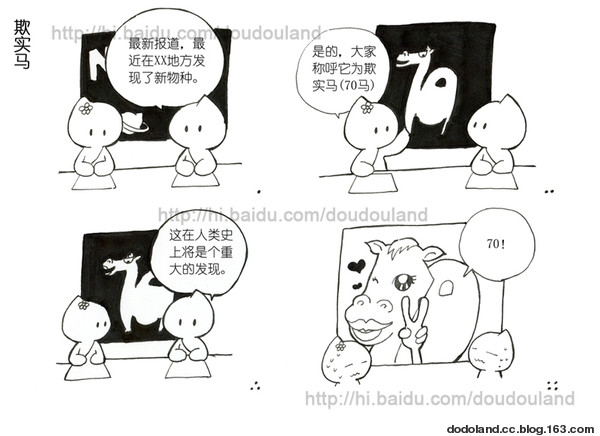 "It's been reported that a new horse has been discovered. Everyone calls him the 'horse of deception.'" "What an amazing discovery!"
Retrieved from "http://chinadigitaltimes.net/space/index.php?title=Horse_of_deception&oldid=5334"
Category: