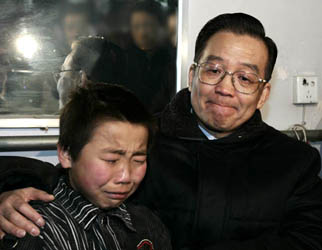 Wen Jiabao consoling the child of a victim of the Tongchuan mine blast, November 2004 (Lan Hongguang / Xinhua)