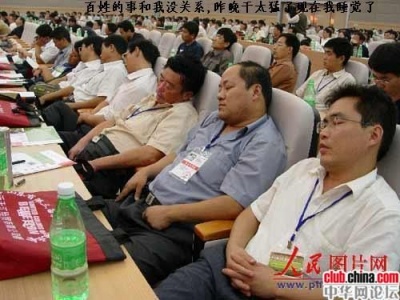 “We truly live in a mystical country; pornographic publications are illegal, but sex shops are everywhere.” (黄色刊物属于非法，但性用品商店到处都是) 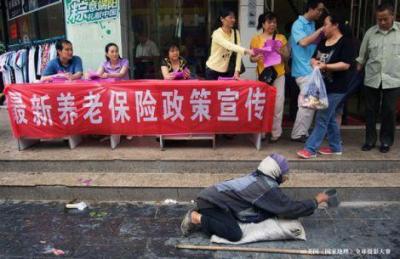 Image from the mystical country: woman begs in front of banner that reads, "Information on the newest welfare programs for the elderly."
Retrieved from "http://chinadigitaltimes.net/space/index.php?title=Mystical_country&oldid=5836"
Category: