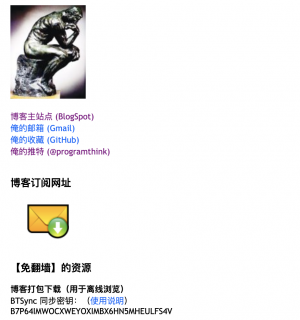 Program-think's blog launched on Blogger on January 15, 2009. The author of the blog originally wrote largely about IT and programming, but from 2010-11 began writing increasingly on politically sensitive topics.