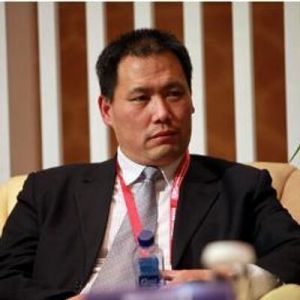 Pu Zhiqiang (b. 1965) is a Chinese rights lawyer famous for defending the freedom of speech. His clients include high-profile artists like Ai Weiwei, and various journalists, bloggers, as well as victims of torture by police. Pu was also a leading advocate against “reform through labor (Laogai),” an extrajudicial punishment that was abolished in 2013. He lost his lawyer’s license in 2016 following criminal convictions, which were seen as retaliation against his activism.

Pu Zhiqiang received his law degree from China University of Political Science and Law in 1991. During his studies, he participated in the Tiananmen pro-democracy movement in 1989. He began practicing law in 1997. In the early 2000s, Pu began his career as a rights lawyer, defending victims of “reform through labor,” as well as writers and journalists who were targeted for their reporting. Pu was often surveilled, detained, and otherwise harassed by the authorities for his work. His social media posts were often censored.

Perpetrators behind the bloody Kunming Incident are sinful. This time I believe that Xinjiang secessionists were responsible for this terrorist attack. But this is the end result, not the reason.

If you say Xinjiang is part of China, then don’t treat it as a colony. Don’t be conquerors or exploiters.

Online discussion of Pu Zhiqiang and his sentencing were strictly controlled. Pu finished serving his 3-year suspended sentence in 2019 and is still under state surveillance as part of “placement and education” measures.