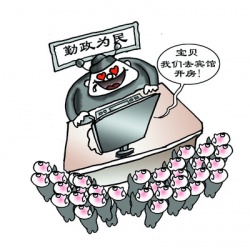 Sign reads “Clean Government For the People” and the man (note the traditional official's cap that marks him as a government official) is saying, “Babe, let's go to the hotel and get a room.”(Sohu) 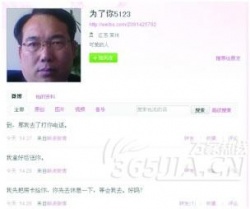 Screenshot of the offending microblog post.
Retrieved from "http://chinadigitaltimes.net/space/index.php?title=Room-opening_bureau_chief&oldid=6619"
Category: