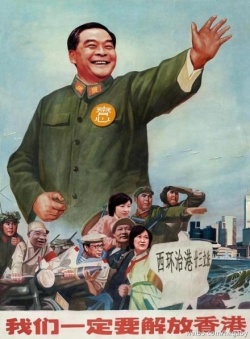 Caption written in the style of official reporting reads, ”Secretary Leung's glorious image of visiting the grassroots warms our hearts.”

Congratulations, Secretary Leung. I hope you won't forget to pay your party fees!