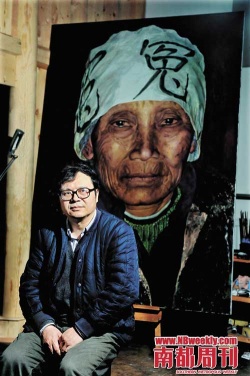 Yu has firsthand experience with the struggle faced by those on the margins of Chinese society. He was born in 1962 in Hengyang, Hunan Province, four years shy of the Cultural Revolution. His father had been a Kuomintang guerilla, and so his family was stripped of its household registration (hukou) as punishment. Without a hukou, Yu could not legally go to school, and the family was ineligible for government rations and clothes. Yu's mother tried to move herself and her children to her hometown, but the villagers rejected them as a "black household."