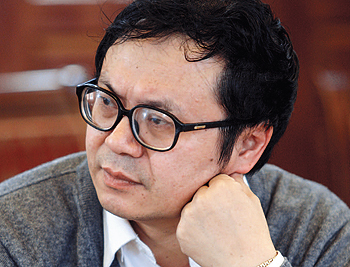 Chinese Academy of Social Sciences researcher Yu Jianrong (于建嵘), a rural sociologist known for his social commentary and vocal advocacy for political reform, recently adopted the tone found in central Party edicts to offer the bureaucracy a numbered list of his own suggestions. CDT has translated his list of “Ten Do-Not’s” in full:

1. Do not let beautiful China remain in a dream.

The 18th Party Congress admitted that at present, China is facing a grim situation of increasing resource constraints, severe environmental pollution, and deteriorating ecosystems, but it did not actually address the source of these problems. If transformation does not occur at the roots of this system in which every level of government is carrying out predatory development to bolster career achievements and profits, these environmental problems will continue to increase in severity, and will lead to serious social and political problems.

2. Do not let corruption wreak havoc on China.

Today, Chinese authorities’ rent-seeking is due to a monopolization of power. When a small number of people monopolize power, conditions are right for corruption to emerge, and corrupt officials are afforded protection. Our ruling party raised the banner of anti-corruption, and Chairman Xi stated, “if we don’t fight corruption, the Party and the nation will perish,” and “we must fight both tigers and flies”. However, if the public’s right to information and oversight is not safeguarded, attempts to establish a transparent system will fail in the long-run!

3. Do not let the constitution be turned into toilet paper.

Constitutional governments are an important product of political civilization in recent human society, and their core value is to restrict public power and safeguard civil rights. China is a country with a constitution but not a constitutional government, and the primary reason for that is the absence of power to defend the constitution, and sole reliance on the initiative taken by those in authority. History shows that this kind of initiative is unreliable. There is, of course, a price to pay for using the constitution as toilet paper, as seen in the case of publicly denounced Chairman Liu Shaoqi.

4. Do not let our youth become losers.

Currently, there’s a problem with upward mobility between Chinese social classes. The phenomenon of second generation officials and the rich second generation is serious, and the pathway to a higher social class for people in the lower classes is becoming increasingly narrow. How to help poor children complete their education, how to create career opportunities for the younger generation, how to increase equality in the government employment system – the meaning of the Chinese Dream hinges on these questions. If the appeals of the youth on the lowest social rung are not taken seriously, the nation will be in upheaval.

5. Do not let farmers become migrants.

At present, China has 120 million second-generation farm workers, and more than 40 million displaced farmers, some of whom became rich overnight from compensation for land expropriation, but the majority of whom lost their livelihood. These days, those in power see urbanization as the engine for economic growth. I fear that even more farmers will lose their land and homes because of this. In my opinion, urbanization is the result of economic development, and it should not be a means of pursuing higher GDP.

6. Do not mistake pretense for confidence.

7. Do not use the systematic infringement on civil rights as a tool for running the nation.

The reeducation system violates the constitution and severely infringes on human rights, preventing citizens from being tried in a court of law and depriving them of their personal freedom for long periods of time. It is a tool of local governments for attacking and persecuting citizens, and it should be immediately abolished. The false and broken legal petition system has resulted in many citizens with petitions being detained, sent off to do manual labor, sentenced to punishment, and locked up in mental institutions, and it should be thoroughly reformed.

8. Do not make the National People’s Congress a mere ornament.

9. Do not perceive political reformers outside the system as enemies.

China’s transformation into a democratic constitutional government is a historical trend. Although those who advocate political reform from outside the system bitterly despise the many abuses of the current system, they still hope to realize a peaceful and orderly transformation. However, they are often perceived by those with vested interests as a threat and as opponents of stability. History shows that when the forces advocating for reform are rejected by the system and become the antithesis of the system, a revolutionary overturn is going to occur.

10. Do not forget your historical responsibility.

Today, the historical responsibility of politicians is to turn China into a first-world nation. They should have a strong sense of duty, rather than just coasting along through life. They should be representatives working equally on behalf of the interests of all social classes, rather than for a small number of vested interests. They should be moral role models for the people, rather than corrupt and degenerate stereotypes. They should make a name for themselves in history, rather than being the butt of household jokes. [Chinese]

Read more of Yu Jianrong’s commentary, as translated by CDT.