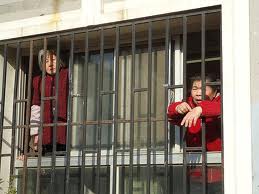 A new report by Chinese Human Rights Defenders gives an in-depth look at so-called black jails, or detention facilities that are operated extralegally by local officials. Black jails are frequently used to detain petitioners who travel to Beijing from the provinces to present their grievances to the national petition office, the Bureau of Letters and Visits. CHRD’s report focuses on women detainees and the abuses they suffer under the system. Didi Kirsten Tatlow writes for the New York Times:

Many of the inmates of black jails are people who have traveled to larger cities in search of redress for injustices they feel they have suffered in their hometowns. Typically, these petitioners are abducted by “enforcers” hired by their hometown officials who fear the petitioners may embarrass them by revealing local abuses to their superiors. The petitioners are often incarcerated twice, once at the place where they are first seized and then back in their hometowns. Women are more likely to petition over grievances, often on behalf of their families, accounting for the gender imbalance in the black jail population, the group said.

The scale of the system is suggested by the fact that Chinese lawyers and activists compiled a list of 89 facilities in Wuxi alone that they said were being used as black jails, the report said.

It found that while both men and women were beaten and abused in a multitude of ways, women especially were the target of sexual abuse; rape was common, as were being stripped naked and other forms of mistreatment. [Source]