This is a comment made by Jackie Chan at the annual Boao Forum held in Hainan Island during a discussion of censorship, movies and society.

The comment set off a firestorm of discussion and criticism especially in Hong Kong and Taiwan. Even the state-run mainland newspapers felt obliged to criticize Chan's comments (though one would imagine they were actually quite pleased by his remarks.) The state-run People's Daily accused Jackie Chan of wishing to deprive the Chinese of their extensive liberties and to subject them to an oppressive regime (unlike the existing free and democratic regime).

His statement in Chinese is perhaps more mild than the standard English translation; a more direct translation would be “Chinese people need to be managed.” 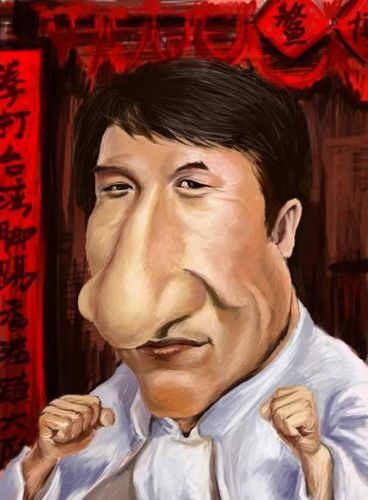 Caricature of Jackie Chan made after his infamous comments.
Retrieved from "http://chinadigitaltimes.net/space/index.php?title=Chinese_people_need_to_be_controlled&oldid=3302"
Category: