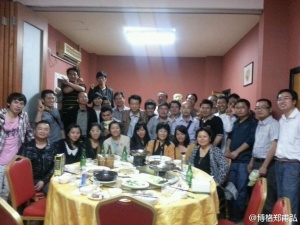 Beiwaiqiaomu (@北外乔木): Older Brother YuJianrong (@于建嵘) describes how the old proletariat novel "My Father Is a Crook" is being adapted into a film. In order to get it past the censors, show positive energy and the main theme, and to correctly guide the youth, I suggest we change the name to "My Father Is a Secretary" (according to the variant title of the book). I'll bring it up tonight when my friends come to the capital to get rice-drunk. (July 24, 2015)