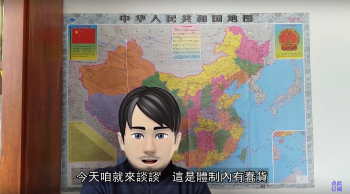 After the "gratitude education" debacle in Wuhan, YouTuber Da Kang asks, "Is it idiots in the system... 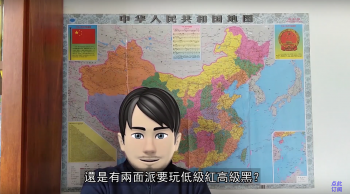 The faux-patriotic butt of one's own joke; a show of patriotism that is hollow, self-serving, and unwittingly destructive. A compound of two phrases that emerged from internet culture and that have been co-opted by the authorities.

The term "high-level black" first appeared in netizen parlance in the mid-2010s to describe the lack of self-awareness of one's own idiotic or embarrassing behavior, and as a label for backhanded compliments. State media picked up the phrase as early as 2014. "Low-level red" came into common parlance in November 2018, when a marshal at the Suzhou Marathon stepped into the road to hand a Chinese flag to runner He Yinli near the finish line--He lost her slim lead as Ayantu Abera Demisse pulled ahead to take first place. This phrase, too, came into official usage soon after, appearing in a Central Committee document on February 28, 2019. Guan Hai and Wei Lu documented the premiere of the set phrase for China Media Project:

The “Central Committee Opinions on Strengthening the Party’s Political Construction” released on February 28 reads, actually includes this pair of phrases [sic], marking their debut in central-level Party documents (as opposed to news media alone). The document said: “[We] must with correct understanding and correct actions resolutely enact the ‘Two Protections,’ firmly preventing and correcting all erroneous statements that diverge from the ‘Two Protections,’ and [we] must not allow any form of ‘low-level red’ (低级红) or ‘high-level black’ (高级黑’), permitting no form of two-faced outer devotion and internal opposition (阳奉阴违做两面人) toward the Party’s Central Committee, any double-dealing or ‘false reverence’ (伪忠诚).” [Source]

In turn, "low-level red, high-level black" has made its way back to netizens during the novel coronavirus pandemic, who have deployed it against "gratitude education" and images of chengguan buying food from street vendors.