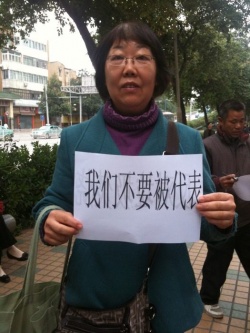 be suicided (bèi zìshā 被自杀) To be compelled to commit suicide. Used in connection to the spate of suicides in 2010 at Foxconn electronics factories, where some speculated that poor working conditions pushed workers to the brink. In 2012, after activist Li Wangyang's death was declared a suicide by officials, "being suicided" also came to mean that one's possible murder is labelled a suicide by the authorities.