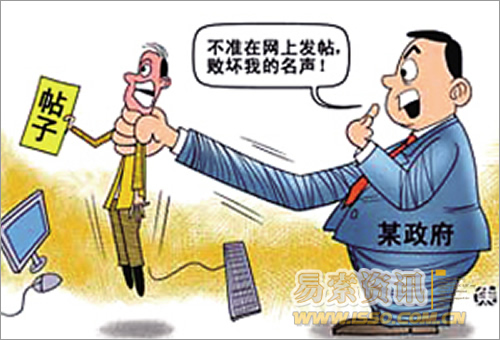 "You're not permitted to post things on the internet that tarnish my reputation!"
Retrieved from "http://chinadigitaltimes.net/space/index.php?title=Pursue_across_provincial_lines&oldid=114"