Whether you believe it or not, I do 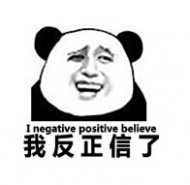