I have enjoyed paper/white-board prototyping for a long time, even made it my teams’ one of first “rules of engagement”. I have also been a big fan of Balsamiq Mockups, and today I would like to introduce you another great quick prototyping tool: WireframeSketcher.

In a nutshell, WireframeSketcher is, as its home page says:

WireframeSketcher is an Eclipse plugin for creating wireframes, screen mockups and UI prototypes.

Having tried it out on two small projects in the last two weeks, I am impressed. It’s a neat, and pleasant tool to use and fits very well with both my personal and my team’s development process.

First, a screen-shot showing it in action: 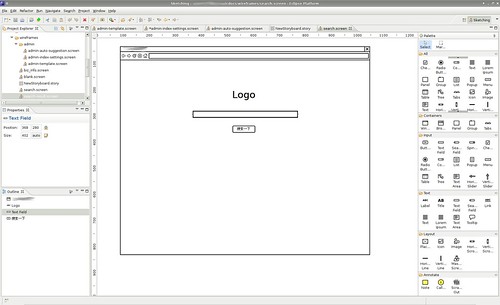 Being an Eclipse plugin, it means

Highlights I want to mention:

The most pleasant surprise to me is “Master Screen”, which allows me to pick any existing mockup as the base of a new mockup, this helps save time particularly when many of a site pages share the same header and footer. And there’s more. When I later make changes to the master screen, all screens that are “derived” from it automatically get updated without their xml files being modified (again, very friendly to Subversion and the like).

A close look of my sample mockups: 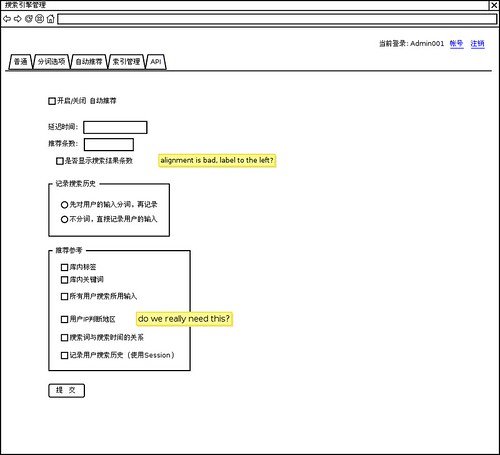 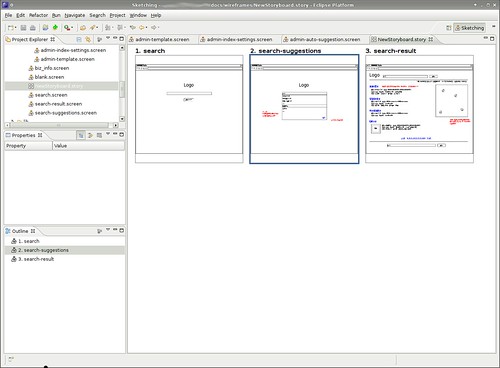 Some nitpicks or features I would like to see in the future WireframeSketcher:

Conclusion? I would strongly encourage any developer or any development team that live and breathe in Eclipse to give WireframeSketcher a serious try.

Oh, did I mention a tiny problem with it being an eclipse plugin? RescueTime now can not tell if I am actually using a Dev Tool or a Design Tool … But heck, I sure can live with that given such a great prototype tool.