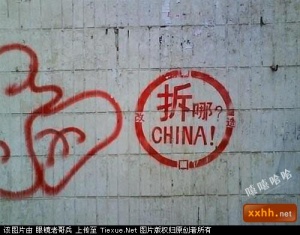 “Chāi nǎ” mimics the sound of the English word “China.” Chāi 拆, “demolish,” has a special meaning in China. Demolitions, often forced on tenants with little or no compensation, are one of the major sources of social instability in China. Developers and the local government profit greatly from forcibly evicting people from their homes to build on the land. Anger over forced demolition lead the people of Wukan, Guangdong to fight the local government, eventually laying siege to their village in December 2011. 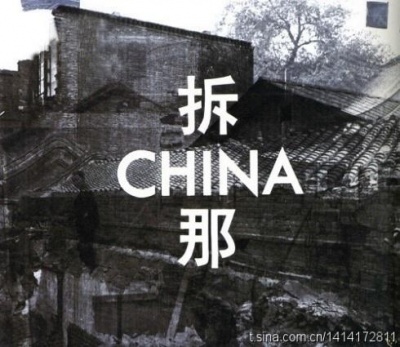