Do you have children?

As the Spokesperson for the Foreign Ministry from 2005 to the present, Qin Gang is the public face of China. Qin Gang's name is also a close homophone for “bird anus.” 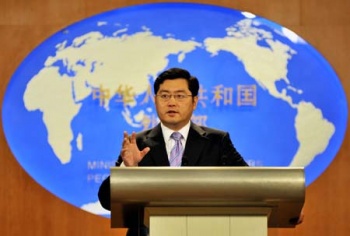