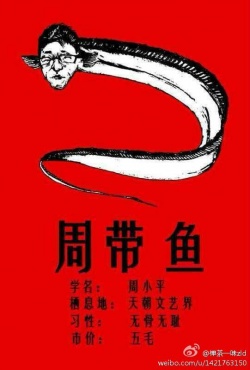 To promote sales of water purifiers, Xue Manzi claims China's water is poisoned. Because of this, Zhoushan's cutlassfish farms cannot sell anything, leaving countless fish farming households to face bankruptcy. Xue is guilty of a most terrible crime. Who will punish him?