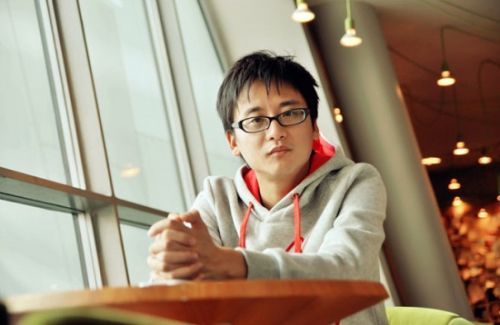 Do not hype the article “Fang Zhouzi Attacks Zhou Xiaoping: Sleepwalking Through America, Then Denouncing the Country’s Crimes.” If you have already posted the story, please remove it immediately. (October 20, 2014)

Zhou Xiaoping is a hyper-patriotic blogger praised for his “positive energy” by President Xi Jinping at last week’s Beijing Forum on Literature and Art. Zhou has accused the U.S. of using the Internet “to poison Chinese civilization” and has questioned the cancer diagnosis of former Google China CEO Kai-fu Lee.

Fang Zhouzi, himself no stranger to controversy, counters claims about American ills made in Zhou’s essay “Dream-Broken America” (梦碎美利坚), such as that the minimum wage in many U.S. cities is “between three and five dollars [an hour],” and that “even a meal at a roadside cafe costs $20-$40 per person.” Fang digs in:

Ignorant as I am, I have just heard about the “Internet writer” Zhou Xiaoping. Since he is an “Internet writer,” he must have a body of work. I searched a bit and found he’s only written a handful of blog posts. Does this make him a writer? The bar has truly been set low.

[…] Zhou Xiaoping took a sleepwalk through America, then opened his mouth to denounce the country’s crimes. It takes experience living in the U.S. to see through some of his nonsense, but for many of his claims, one need only look online to find that he is wrong. A web search will quickly show that this “Internet writer” is bold enough to lie even about the price of American cars and the market for unaccessorized iPhones. Does he think netizens are as easy to fool as politicians?

President Xi’s praise for Zhou has raised eyebrows on both Weibo [Chinese] and Twitter:

Update: A post from Fei Chang Dao notes that Fang Zhouzi’s microblogging account was shut down by Tencent hours after he posted an announcement that his essay and related weibo had been deleted.