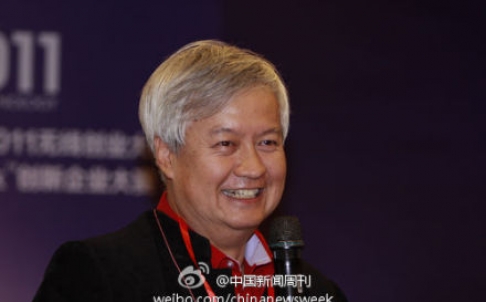 Chinese-American investor and social media celebrity Charles Xue, also known as Xue Manzi, was placed under “administrative detention” after allegedly being caught with a prostitute in Beijing. From the South China Morning Post:

Xue, 60, an American citizen, is one of the most prominent figures in the Chinese Internet industry and co-founder of telecoms firm UT Starcom. He has invested in many Chinese Internet startup firms.

Xue, better known in China by his Chinese alias Xue Manzi, is also one of the most prominent liberal voices on Chinese social media, with a following of more than 12 million on the popular social media platform Sina Weibo. An avid social media user who posts dozens of messages per day, he last updated his weibo at 17.41pm on Friday, just an hour and a half before his alleged detention.

[…] The alleged detention occurred just two days after Xue was named in official newspapers as having links with a “online rumour-monger” arrested for “stirring trouble” and operating an illegal business.

The Beijing Times reported Xue had invested in a company where one the suspected “rumour-mongers”, Qin Zhihui, was previoulsy employed. Xue has since denied having any links with Qin on his weibo microblog. [Source]

Qin and his business partner Yang Xiuyu were detained last week as part of a broader crackdown on Internet rumors.