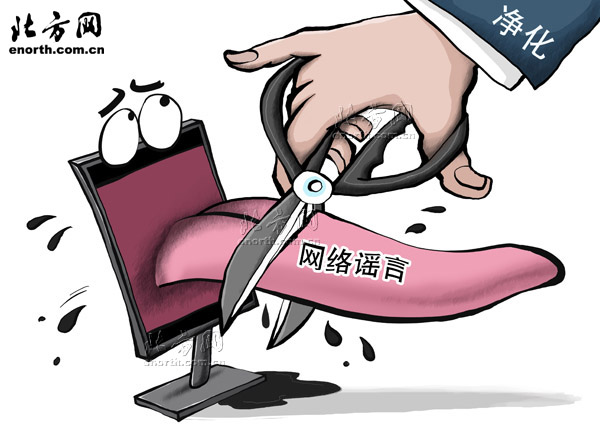 Yesterday, news surfaced on the arrest of two men for “deliberately fabricating rumors” online and “illegally obtaining benefits.” Qin Zhihui and Yang Xiuyu, the two men currently in detention, were two major players in China’s “black PR” industry: a thriving trade of online reputation management often utilized by businesses, celebrities, and officials to bolster their images or harm those of their competitors. A post at Danwei looks at Chinese-language coverage of the recently arrested duo to profile their “black PR” business, and outline some of their more notable campaigns:

Qin and Yang have since March 2010 headed a lucrative “black PR” business called Beijing Erma Interactive Marketing and Planning Company 北京尔玛互动营销策划有限公司 (no website for which could be found), one of the over 15,000 Chinese “water army” (shuijun 水军) companies paid by other companies to artificially generate grassroots online activity for their benefit. Erma’s client services include web marketing, creating online scandals or events, damaging the reputations of rivals or competitors, deleting negative comments from online forums, and generally creating and spreading rumors. All this is done in cooperation with online “opinion leaders” with large numbers of social media followers, who are be paid to re-post or forward particulars news or stories.

The most sensational claim in the article is that Erma was responsible for manufacturing the Guo Meimei scandal, which “was actually a plot that was planned by Internet marketers and internet water armies”.

[…]Beijing authorities state that Qin and Yang confessed that this was done to demonstrate the capabilities and increase the reputation and profitability of Erma, as well amplify Qin and Yang’s own online profiles. The report reveals that Erma and particularly Qin are serial online rumourmongers and the source for a raft of scandalous but unfounded allegations that went viral in China, for instance: payment of 30 million Euros compensation to the family of the Italian national Assunta Liguori killed in the ‘7-23’ Wenzhou train crash; Chairperson of the China Disabled Persons’ Federation Zhang Haidi 张海迪 possessing Japanese nationality; and, famous PLA soprano Li Shuangjiang 李双江 not being the paternal father of his son.

The nature of the rumours Erma successfully made viral is testament to Qin’s explanation of industry strategy: you need to “rock” netizens and make them feel as if they are acting as judges of an “unjust society” – only by venting against society and the system can netizens unburden their own resentment of reality and destroy overnight public reputations built over a lifetime. [Source]

While the two had been involved in this type of work for quite some time, rumors targeting CCP propaganda icon Lei Feng led to their downfall. The arrests of Qin and Yang come as central authorities are launching a wider crackdown on online rumors. Xinhua reports:

The Internet has become greatly influential to society, and it is critical for netizens to follow an online code of conduct to create a sound virtual realm.

Deceptive information is made and spread by some people for the purpose of attracting public attention, obtaining illegal profits and maliciously provoking social unrest.

Some who create rumors think they might escape punishment, and some innocent netizens repost rumors without distinguishing right from wrong.

[…]China is a country that respects and protects free speech, but people should also bear in mind that greater online freedom is guaranteed by greater responsibility.

People should maintain moral principles and denounce any activities that harm the reputation and interests of others so as to stop the Internet from decaying into a land of abusive language and rumors. [Source]

Beijing authorities launched a website [zh] earlier this month providing netizens an avenue to report rumors and informing them of debunked falsehoods. More from Xinhua:

The platform is a website that collects statements from Twitter-like services, news portals and China’s biggest search engine, Baidu, to refute online rumors and expose the scams of phishing websites.

[…]The popular use of the Internet has expanded Chinese people’s channels of expression, but also facilitated the circulation of rumors and false information, said Chen Hua, director of the Internet information service and management department under the BIIO.

“The platform will be a new try by Beijing’s websites to eradicate online rumors and raise Internet users’ awareness of telling rumors from the truth,” he said.

It has collected about 100,000 brief statements on online rumors and phishing websites and offered Internet users about 30 websites through which they can report online rumors or scams. [Source]

A tweet from Chinadialogue‘s Sam Geall drew attention to a dismaying graphic from the anti-rumor website (originally published with an article titled “Fundamentally Eradicating the Soil of Internet Rumors” [zh]):