A Volunteer’s Account: Thirty Six Hours of a Daring Rescue (4)

According to villagers who’ve escaped and official estimates, as many as tens of thousands of people are trapped inside…no one dares to take another step further.

View of Qingping Ling mine. 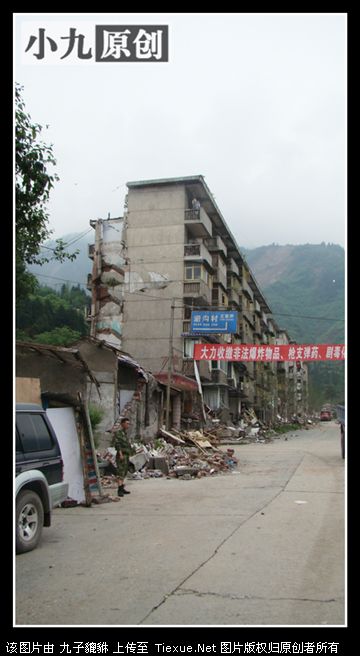 The people for the time being still have food.

But sterilization is a major problem. 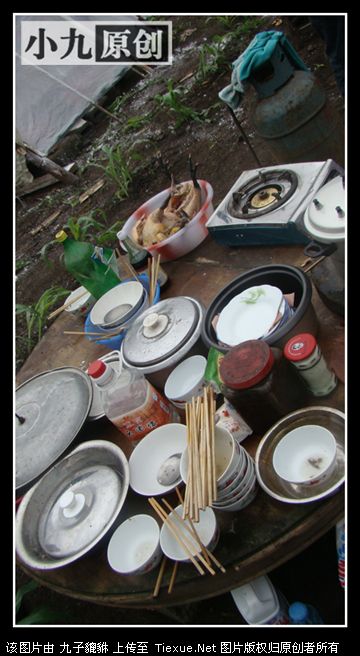 A team that was excavating bodies came down to eat. The rescue worker in red in the middle— his brother was just exhumed. 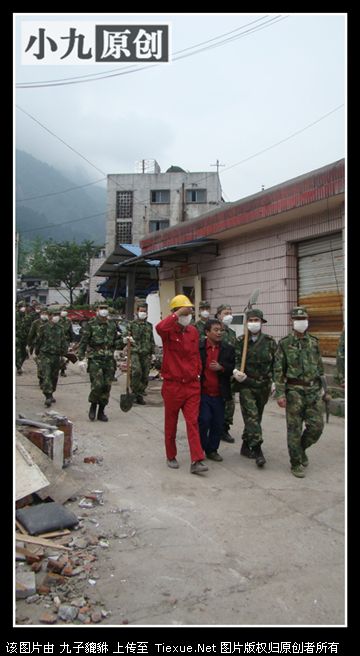 I have to say that about 14 hours after I arrived at the disaster zone, I began to have instances of diarrhea. My body’s ill-response is through diarrhea. Coupled with the unique conditions still brewing in our special environment, after I made inquiries to the health team, I had to take emergency leave.

There are some things I cannot write; they’re quite embarrassing.

At about two in the afternoon, I began to take leave…I left behind some extra inexpensive clothes and items, and continued to carry the more expensive things. Haha, I value them too much to leave them, and thought at the time that I’ll take what I can carry.

Changed socks. A new pair of socks is already worn through at the heel and at the big toe through mountain climbing, and is already wet, so whatever.

After leaving my dried goods and medicine to the troops, I left.

When I left them, I was in tears. They’re the same age as me, and they’re people too.

I left, and their fates are left unknown.

In a mere twenty hours, emotions have already seeped into me and these troops…after writing my address for some of these soldiers, I left.

That is all I can do.

My only hope then is that I can walk out of there alive.

If they die, these will be the last things that they leave behind…these are the words told to me by an old volunteer soldier, telling me I must be extra careful on the way.

Another goal is, I must get down with these primary sources.

I left carrying the little I have left, passing the broken bridge, beneath whose ruins are houses…

A villager tells me, when the earthquake was happening, there was a passenger bus carrying twenty to thirty people. After the earthquake, it disappeared.

They will never see the sky again, even as bodies. 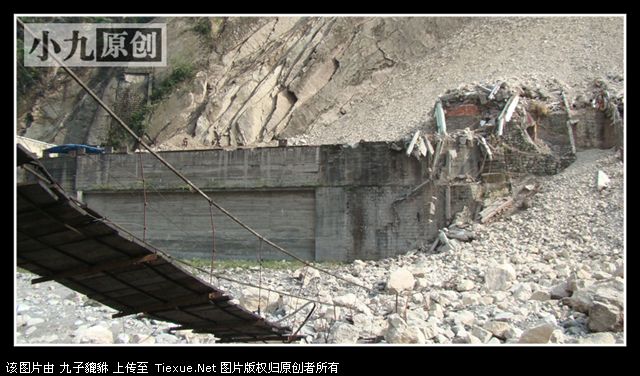 Trekking through water to cross the river, I feel that I still must record this, or later I won’t even know what disease I got, but anyway my legs are sprouting little bumps.

The water is poisonous!

When I came down, many troops had already ascended. I can probably announce the name of the troop: 15th Division of the Army at Wuhan in Guangzhou, excellent paratroopers. The entire division has entered the mountains.

On my journey down, if I met sergeants and staff sergeants, I would voluntarily go up to them to explain my identity and the aforementioned circumstances, and ask them to take care in disinfecting themselves. As for other things, I shall not announce them here. 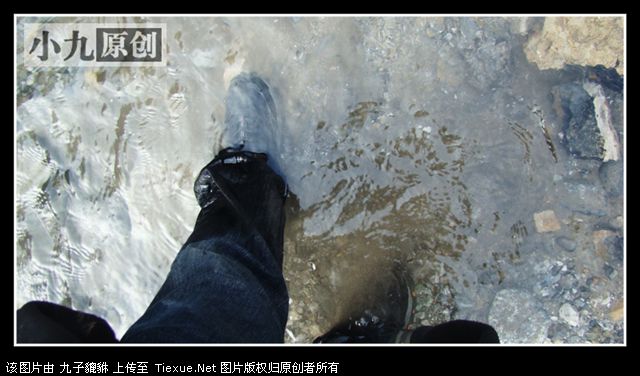 This is Elder sister Liu, a Leshan journalist whom I persuaded in joining me when I was going down the mountain. There are some journalists who have already entered the mountains, risking their lives. Their going can only add to the chaos. 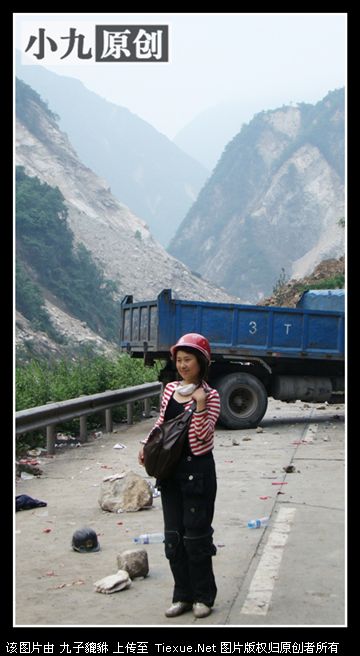 Finally, reaching the foot of the mountain, past eight at night. As soon as I arrived, I saw the Northern Star symbol of the General Staff vehicle. There were the two highest ranking leaders, one from the Central government, one from the 15th Division.

I can only honestly report the situation that I’ve witnessed above, and show them all that I have seen and photographed.

The much needed iodine, disinfectant alcohol, and hydrogen peroxide were also sent in quickly. 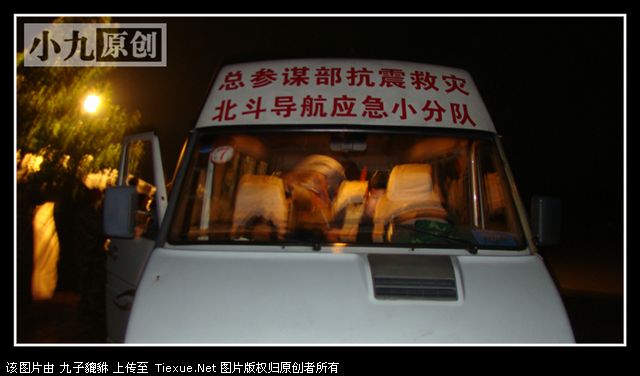 Riding out in a car, the one pictured here, I overheard the division leader exchanging views with the General staff leadership.

Discovered the rescue plan as intended from higher authorities.

And at the temporary headquarters that the General staff set up in Hanwang, I followed the reporters of Xinhua, China Youth Daily, and People’s Daily, and interviewed the two leaders above.

Then I followed suit by eating the best meal of rice porridge ever.

Finally, I handed over my photos to reporters from Xinhua and People’s Daily for distribution.

For the soldiers of the Qingping and of the 15th Division – bless you.