The Financial Times reports that China is signing a new trade deal with Peru. President Hu Jintao arrives in Lima today for the Asia Pacific Economic Co-operation forum; he will be greeted by around twelve ministers and almost 600 business leaders. The chair of APEC’s advisory council, Juan Raffo says that China will soon overcome the US as its largest trading partner. 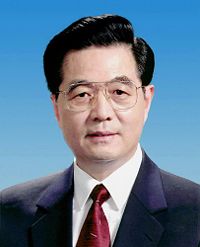 Peruvian finance minister, Luis Valdivieso, explained to the Financial Times the important of diversifying its markets. “We are very concerned about the recession that is going on in the US [and] Europe and the slowdown in Japan. So for us, China becomes an important partner,” he said. “The US will remain an important partner because we are also starting to implement a free-trade agreement with them. I think what is important is that we diversify.”

China now has 300 billion people that are comparable to citizens in the US and that figure is expected to grow. As Juan F. Raffo, the chair of the APEC business advisory board said, “Their 1.3bn citizens, minus the elderly, are sooner or later going to jump the fence and consume at developed-world levels.”

China’s other investments in Peru include a $2.2 billion investment in the Toromocho copper mine.