“Warning letter,” or “警告函,” is today’s chosen keyword from Southern Metropolis Daily. The following text, from Beijing News, is translated by CDT:

The frog farm of Fu Qiang, a Chongqing farmer, was drawn into the plans of an industrial park. Even though a compensation agreement had not been fully worked out, construction workers set explosives that cut into the mountain, killing a large number of frogs in the process. As a result, Fu Qiang decided to sue the demolition company.

However, even though victory seemed to be in Fu Qiang’s reach, he lost the case. In June of this year, Fu Qiang’s lawyer looked into the dossier and found that a local regulatory commission had sent the court an “official letter” (“公函”), requesting that the court reject the plaintiff’s lawsuit, and also warning the court against “defiantly sticking to its course.” 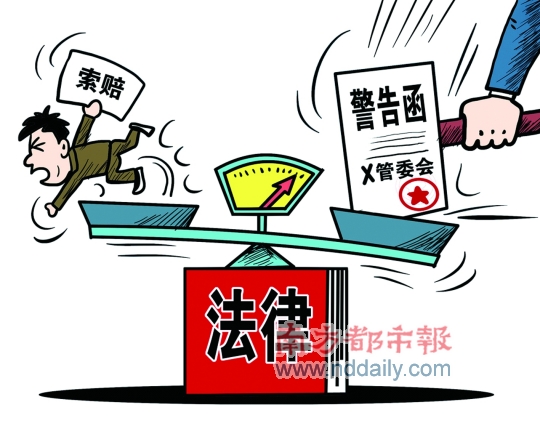