Below are the correct answers to the Grass-Mud Horse Quiz: 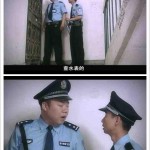 1. B). a house call from the police, which could be prompted by A), C), D) or any number of other perceived offenses.

2. C) Zhou was publicly praised by President Xi Jinping for his “positive energy” but was roundly mocked by netizens for his nationalistic jingoism and his embellishment of the truth, such as his claim about cutlassfish farmers.

B) and C). The Communist Party is now often criticized for serving their own personal wealth and for imposing pollution on the people.

4. B). While China’s princelings are considered by some to be “sovereign,” “great,” and “connected,” they are most notable for being “red.” 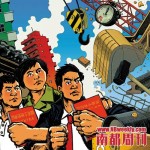 5. A) One’s ability to navigate around the Great Firewall is an important measure of scientific knowledge in today’s China.

6. C). A) was actually said by Foreign Ministry Spokesperson Jiang Yu (who is also known as “Stiff Fish“; B) is a notorious statement by movie star Jackie Chan; and D) is from a commentary in People’s Daily, the true arbiter of the feelings of the Chinese people.

7. B) Sha argued that because China’s population is five times that of the U.S., the human rights situation can be said to be five times better as well. 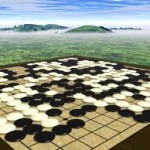 9. D) The honorary descriptor was first bestowed on Canadian James G. Endicott in 1956 for his support of the revolution.

10. A) or C). During important events, the Beijing blue sky often makes a rare appearance, such as during the city’s hosting of the APEC meeting, or the annual Two Sessions legislature meetings, which in 2014 were held just after Chai Jing released her environmental documentary Under the Dome.

Need to study up on your subversive Chinese netspeak? Check out our latest ebook, “Decoding the Chinese Internet: A Glossary of Political Slang.” Includes dozens of new terms and classic catchphrases, presented in a new, image-rich format. Available for pay-what-you-want (including nothing). All proceeds support CDT.