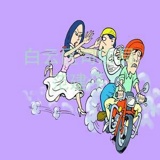 Guangzhou, China's third largest city just a few hours north of Hong Kong, is the last major city to do away with motorbikes, effective January 1, 2007, in a move aimed at tackling pollution, traffic congestion and, more seriously, the high levels of street crime for which Guangzhou and a small number of its estimated 100,000 motorbike drivers are nationally known.

Ask almost anyone in China and they'll tell you a story they've heard about someone who was robbed or worse near Guangzhou's central train station, where most of the criminal motorbike drivers tend to hang out. Uploaded to Sina.com's blog page today is a series of video clips shot across the street from and around that train station. Footage seems to have been shot by police themselves, was uploaded by a user calling herself Feever, and shows several drive-by robberies in action, a mid-freeway chase halfway through, renegade motorbikers resisting arrest and how municipal police work to catch them:...[Full Text]