Are We Prepared for a Peaceful Rise? – Beijing Review 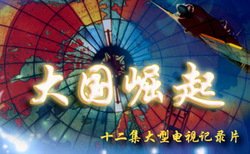 Southeast Asia Research Institute fellow Zhuang Liwei, of Jinan University, recently offered a debunking of all the chatter about China’s rise in the pages of Southern Weekend. The scholar argues that, for China, the real rise is still a goal waiting to be realized. Beijing Review provides a summary of Zhuang’s arguments:

Rising in peace is China’s fundamental commitment to the world, an indispensable part of its current diplomatic strategy-to play a responsible role on the world stage. If we are to give a summarization of China’s development goals, it would be an evolution of civilization.

We can see a China in an awesome rising; at the same time, we should be well alert to the quality and costs of such rising. At present, China is getting ahead by its prosperity in material civilization, but the rise in damage to the environment and resources is creating a huge dilemma for the Chinese people… The increasingly widening income gap between different regions and social groups, urban and rural areas also risks the already fragile financial and social security systems. [Full Text]

On an Auspicious Anniversary, Here Are Four Keys to China’s Peaceful Rise

Is it a ‘peaceful rise’? U.S. shouldn’t bet on it – Howard French