More on the death of journalist Lan Chengzhang (Updated) 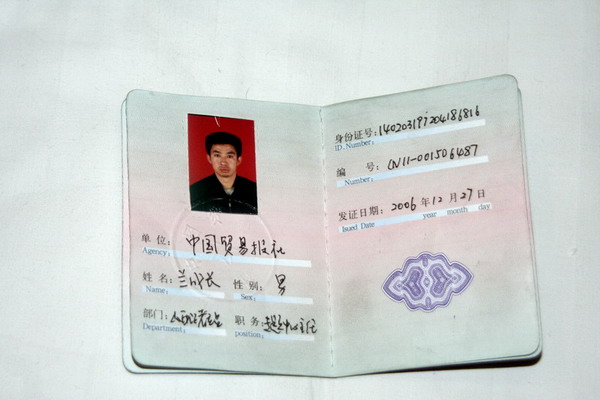 More on the murder of journalist Lan Chengzhang, who was reportedly beaten to death while reporting at an illegal coal mine. From the Guardian:

Police said they were not treating Lan as a journalist because he had not worked long enough to be formerly accredited. Local officials speculated that he may have been simply posing as a reporter in order to blackmail mine owners.

Corruption is rife in the Chinese media. Lawyers, farmers and businessmen complain that many journalists ask for payment in return for writing a favourable story or spiking a negative report. But Lan’s employers deny that the victim was faking his duties.

“We certainly regarded him as a journalist and we will do everything in our power to protect his rights,” said Wang Jianfeng, editor of China Trade News. “We urge the police to speed up their investigation.” [Full text]

The official Shanghai Daily also cautiously reports on his death:

The news of his death spread widely on the Internet, but no local media outlets carried a report on the beating.

A reporter from an unidentified newspaper in Shanxi said the incident did happen, but his paper didn’t report it because editors were not sure if Lan went to the mine to write a story or to blackmail the mine owner.

Gu Shengmin, an official with Datong’s press office, said the truth will be clear when police capture the killers. [Full text]

See also a translation by ESWN of commentary from Southern Metropolis News, and previous posts on the case from ESWN. Also, a statement from the Committee to Protect Journalists. A Reuters report also gives more details:

Communist Party censors strictly control the Chinese press, but even state-controlled media have seized on Lan’s death, raising questions about local officials’ conduct, Lan’s motives, and the rights of the country’s beleaguered reporters.

‘For a reporter to be beaten to death is undoubtedly a major event in a world that venerates democracy and freedom of information,’ said a comment on the Web site of the Southern Daily (www.southerncn.com).

‘Any country that even slightly values citizens’ right to know and freedom of the press would actively and appropriately investigate and deal with this case.’

Shanxi officials have said Lan was not an accredited reporter and suggested he might have been seeking payoffs in return for not reporting problems at the mine, the China Youth Daily said.

Shanxi has assigned 70 police officers to investigate the beating and death, Xinhua reported.

Chinese journalists who went to investigate Lan’s death were blocked by police from entering the hospital where he died, igniting a clash between reporters and police, it said.

China’s coal mines are the deadliest of any major producer, and Shanxi is a focus of official efforts to reduce fatalities. [Full text]

– UPDATE (Jan. 17): An interesting alleged insider’s scoop (in Chinese) from Xici.net’s Reporters Home cautioning against Lan’s legitimacy, translated but not verifiable by CDT:

Lan was a coalmine warehouse worker a year and half ago before joining the China Trade News. His first job after leaving the coalmine was a “safety awareness campaigner” for a local newspaper. But his job, like those of dozens of other peers, was to misrepresent himself as a reporter who knows about the coal mines’ safety records and fatalities, thus blackmailing bosses for cash. Some of these pseudo-journalists got arrested by police and also fired by the newspaper. It is uncertain whether Lan was fired or left because of other reasons.

Also, before Lan went to the coal mine to talk to the boss, seven groups of people had already gone into the same mine, thus arousing the suspicion of the boss. The previous seven groups of people published not a single story on the mine. And in the introduction letter issued by Lan’s paper, the letterhead addressee was blank, and the violence broke out only after a very brief conversation. Unknown is what the boss and Lan talked about.

The writer, named liushuang83314, would rather believe Lan is a passionate grassroots journalist. But he is sure that the real reason that the boss got angry was the appearance of the preceeding seven groups.

(Note: ESWN has now translated more of this post here, scroll to the bottom.)

– See also a Xinhua report: “Police investigate reporter’s death in north China” and a lengthy discussion of journalists’ credentials in China from the China Media Project:

Zhang Ping also called on industry colleagues to make their views known on the issue of “fake” reporters, the implication being that many publications in China have staff who might qualify as “fake” journalists under the Datong test: “I think all top editors across China should stand up and say with good conscience, have we hired “fake reporters”, are these [so-called] “fake reporters” [those without press cards] doing their job, is it right if they are attacked, should they be protected? ”

Media were also pointing out today that the debate over whether or not Lan Chengzhang was a “fake” reporter was turning attention away from the fact that his murder was a crime. Shanghai’s Oriental Morning Post quoted a Beijing-based criminal prosecutor as saying the incident in Datong [Lan’s murder] had “already violated China’s criminal law and the behavior of the perpetrator’s was an act of premeditated murder subject to a sentence of 10 or more years in prison”. [Full text]