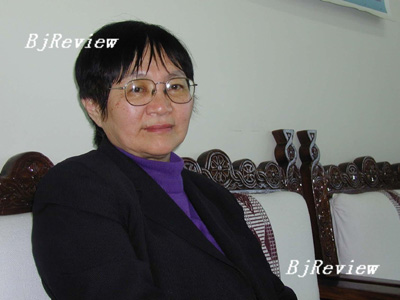 Ms. Fay King Chung is far less famous among Chinese than US Secretary of Labor Elaine Chao, but her family’s story is extraordinary. And during her second trip back to China recently, she was asked by about half women in her ancestral village near Guangzhou: “Have you seen my husbands?” These men all fled to African and other countries, abandoning wives and families for decades.

More than a century ago, in 1904, a 17-year-old young Chinese, leaving behind his wife and new-born son, came to Rhodesia (now Zimbabwe) to make a living, as he had no chance of getting a share of his ancestral property, being the youngest among the five boys of a peasant family in Nanpan Village near Guangzhou. After 18 years, his illiterate village wife adventured into Africa all by herself to join him, knowing there was no possibility of his return to China. The brave woman overcame all obstacles of language and location in the course of her long journey.

This is not a fictional story, but a true account of what happened to the grandparents of Fay King Chung, the first woman Chinese minister of Zimbabwe and the first Director of the UNESCO International Institute for Capacity Building in Africa (IICBA). She worked in various capacities in the Zimbabwean Ministry of Education in the 1980s, before finally rising to the position of minister. [Full Text]