The Truth About China – Guy Sorman 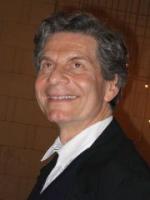 An opinion piece from China-doubter Guy Sorman, author of “The Year of the Rooster,” from the Wall Street Journal:

The Western press is full of stories these days on China’s arrival as a superpower. A steady stream of Western political and business delegations visit Beijing, confident of China’s economy, which continues to grow rapidly. Investment pours in. Crowning China’s new status, Beijing will host the 2008 Summer Olympics.

But after spending all of 2005 and some of 2006 traveling through China — visiting not just her teeming cities but her innermost recesses, where few Westerners go, and speaking with scores of dissidents, Communist Party officials, and everyday people — my belief that the 21st century will not belong to the Chinese has only been reinforced. True, 200 million of China’s subjects, fortunate to work for an expanding global market, are increasingly enjoying a middle-class standard of living. The remaining one billion, however, are among the poorest and most exploited people in the world, lacking even minimal rights and public services. The Party, while no longer totalitarian, is still cruel and oppressive. [Full Text, subscribers only]