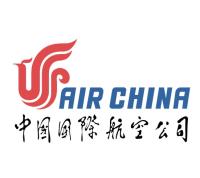 Air China on Wednesday said profits soared in the first half due to the strengthening Chinese currency, investment gains and a booming travel market.

The carrier said its net profit increased more than 2000 per cent to at least Rmb900m ($119m) for the first six months, up from the Rmb45m it reported under Chinese accounting standards in the first half of 2006. By international accounting standards, the airline said it actually made Rmb458m in the first half of last year, with the difference arising from the fact that China’s accounting regime (which has since been revised) did not take into account the airline’s gains from hedging activity in the international jet fuel market. [Full Text]

Chinese Way of Doing Business: In Cash We Trust

China Tells U.S. It Must ‘Cure Its Addiction to Debt’