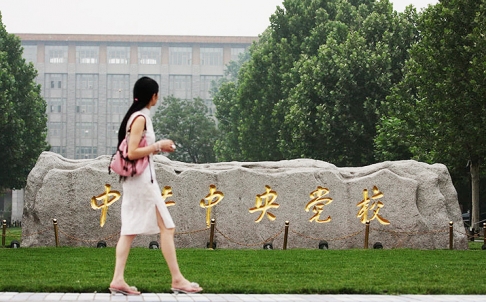 Following repeated urging from the Party’s Organization Department and other quarters for members to maintain ideological discipline and resist Western influence, the vice-dean of studies at the Central Party School has warned of “eight battles, four challenges and four risks” facing China and its leaders. From Cary Huang at South China Morning Post:

The “four challenges” facing the ruling government will come from maintaining rulership in the long term, the implementation of a reform and openness policy, the introduction of a market economy, and protection from the external environment.

The “four risks” are a slackness in spirit; the inability to meet challenges; losing contact with masses; and widespread corruption among officials.

[…] Han made […] warnings of threats, infiltration and containment by foreign forces and the negative influence of Western ideals such as “constitutionalism”, “neo-liberalism” and “universal values”. [Source]