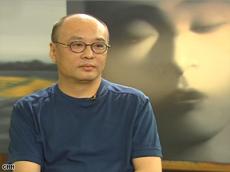 Anjali Rao from CNN interviewed Zhang Xiaogang, the well-known contemporary Chinese artist whose works “sell for million of dollars around the world.” Below is an excerpt:

Anjali Rao: Your works were initially barred from being displayed in galleries here in China. It was seen as not traditional enough and too western, not conventional enough. How did you deal with that?

Zhang Xiaogang: My artwork has survived through China’s opening-up process over the past 10 years. At first, people didn’t really hold contemporary views. Then an acceptance process began. As people began to open up more and faster, people began to accept more modern things. Now people are beginning to learn more and to promote art. I think the whole process is a result of China’s increased openness….[Full Text]