How to Do Propaganda Work for a Foreign Audience 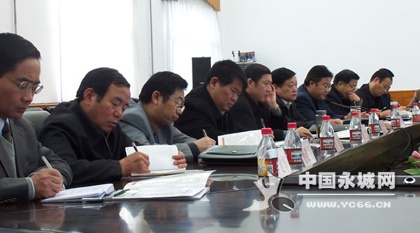 In recent years, “external propaganda” (外宣) has become an increasingly important function in the Chinese Communist Party and government. From the Central Committee to every level of the Party and Government, external propaganda agencies are in charge of controlling and manipulating information and messages, especially towards foreigners, as opposed to the normal propaganda agencies whose primary audience is domestic citizens. The following transcript can help overseas readers understand how these agencies function today. Following is an internal speech by a Party leader of Suixi County government at the county’s external propaganda conference. Suixi is a county with a population of one million sixty thousand in northern Anhui Province. The speech transcript is posted on Olympic Express blog, and the following selected excerpts are translated by CDT:

… The current situation for external propaganda: A grand development needs a grand opening, and a grand opening needs grand external propaganda. At present our country is in the grand development and opening up period, especially for the 2008 Olympic year. The State Council has published interview regulations for the foreign media, who are allowed to do free interviews once the interviewees accept the interview requests. It is a period of economic transformation and social transition in China. Thus, our Anhui Suixi county as well as our nation are in a critical period for speeding up the development. At the same time problems are more concentrated, contradictions are more prominent. And the development tasks require us to work hard to eliminate noise and interference to ensure the big picture of development without any negative impact.

…The Information Center of the county government must strengthen the Internet news management, and do a good job in selecting, filtering and transmitting information from different work units. It must quickly block, divert and respond to bad public opinion and information online, under the principles of unity, stability and positive inspiration. In the meantime, it must strengthen the positive online propaganda, using mainstream, positive opinion to influence and guide netizens.