Ethnic Tension In and Around Tibet

Telegraph correspondent Richard Spencer talked about the origins of recent protests in the town of Rebkong in his March 21 blog post, “A balloon, sheep and protests in Tibet” (mentioned in a previous CDT post). Spencer’s thesis was that a steady accumulation of person-to-person conflicts across ethnic lines created a social tinderbox in and around Tibet.

The importance of these stories is that they show there is more to the unrest than high-faluting values of patriotism and democracy. Miles makes that point pretty clear in his Economist piece.

It does not of course absolve the government of the charge of mishandling race relations spectacularly. I am no expert in the politics of ethnic identity, but I am pretty sure that the government’s insistence that all the ethnic groups in China live at peace with each other and regard themselves as equally happy members of the Chinese nation is a mixture of complacency and propaganda that was bound to backfire.

In a similar vein, American photographer John Amato snapped some photos while visiting the Summer Palace in Lhasa, Tibet in the summer of 2006 of what he describes as an “assault” on a Tibetan employee by a Chinese tourist. From his PBase Tibet gallery (scroll down to the bottom of the page):

The woman in the foreground is using an umbrella to assault an employee because she was informed that the Summer Palace was closing in 1/2 an hour and there were no more tickets available. She did not accept this and proceeded to hit this Summer Palace employee with her umbrella until it was bent and broken. She also attempted to kick him in the crotch a number of times. The employee used his hands and arms to deflect the blows but at no time hit or struck his assailant. 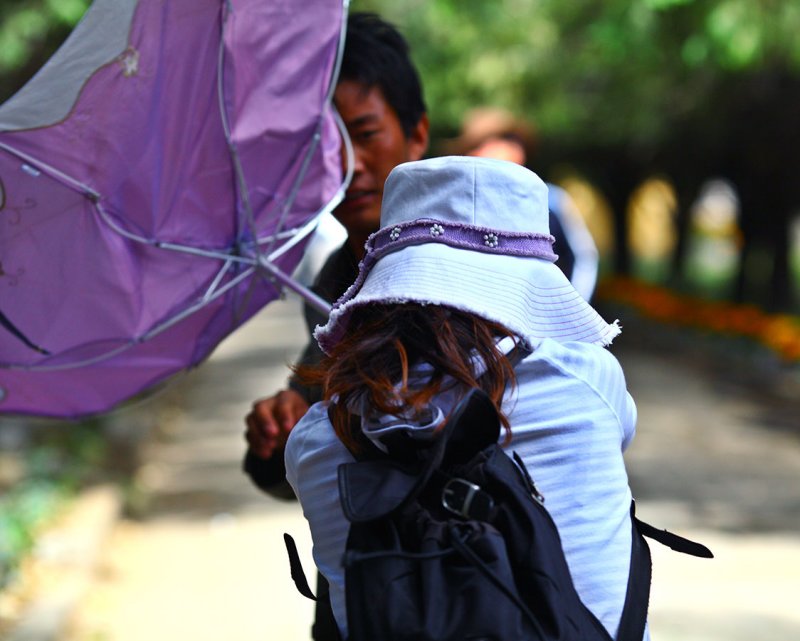 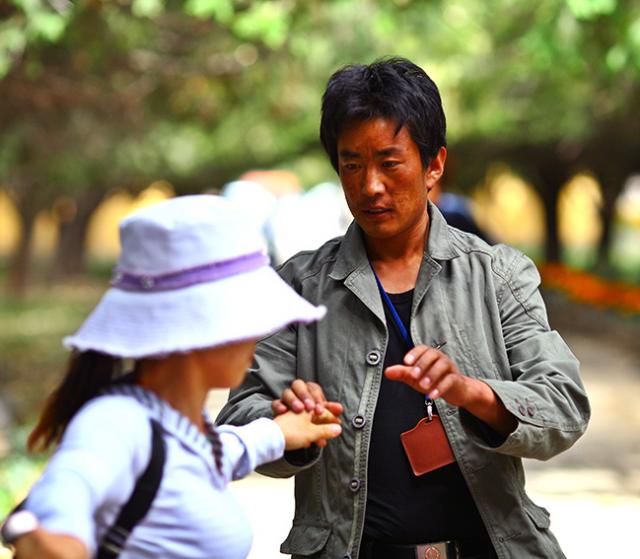 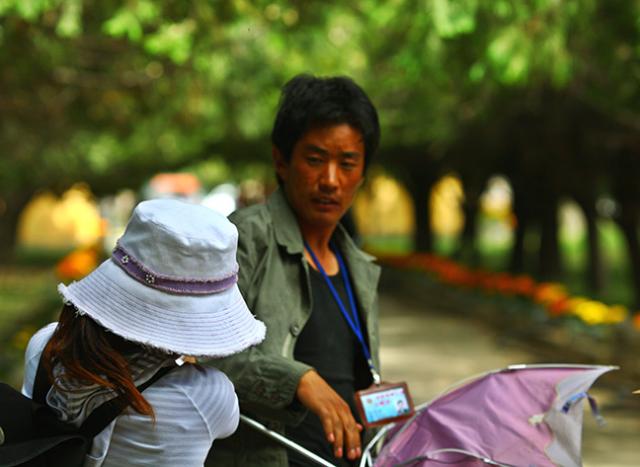 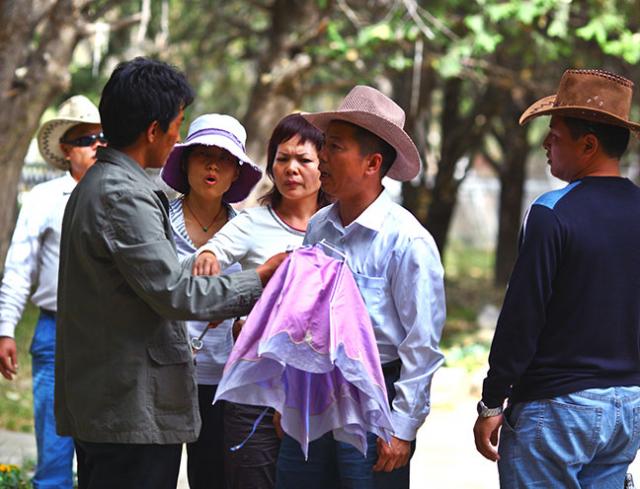 “Our Career Direction is to Monitor Uyghurs”