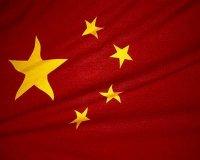 As they did with fierce anti-Japanese protests in 2005, it appears China’s leaders are now moving to control the outpourings of nationalist sentiment they helped unleash in the wake of Tibet-related protests. From the BBC:

China’s state-run media has urged citizens to contain their “patriotic zeal”, after an outburst of anti-West sentiment on the internet.

Xinhua news agency said the fervour should be “transformed into concrete actions to do one’s own work well”.

…The pro-Tibet rallies that accompanied the Olympic torch’s procession through Paris sparked an outcry among Chinese web users – and a call to boycott all French goods.

The Xinhua commentary, carried only on its Chinese edition, praised the boycott demands as an “unadorned expression of patriotic zeal and a sincere demonstration of public opinion”.

But it balanced the praise with a warning not to challenge the government’s policies of opening to foreign investment.

“Thirty years of reform and opening up have created a China miracle… but we must be crystal clear that for China that has endured so much, the future road will not be all smooth-going.”

The LA Times goes into greater detail, quoting an order sent out by Internet control authorities in Beijing:

Chinese censors have quietly warned cyber-police and Internet businesses to delete all information related to protests against Western policies, nations or companies that have proliferated in the wake of demonstrations surrounding the global Olympic torch relay and high-level calls to boycott the opening ceremony of the Summer Games in Beijing.

The notice issued this week by China’s “Internet Inspection Sector” instructs recipients to reset the keywords used to block access to certain websites, relay the instructions through all Internet distribution channels and delete the notice in a timely manner.

The censors’ notice cites the danger that Internet-fueled emotions could lead to unrest.

“Internet users are in a most intense mood toward Western countries,” it said. “Such information has shown a tendency to spread and, if not checked in time, could even lead to events getting out of control as they did with the April 9 incident against Japan.”