Taiwan’s Government Information Office asked a news agency to change its coverage of the milk powder scandal, the latest in a recent string of demands against the island’s notoriously free-wheeling media, the International Federation of Journalists said.

Taiwan’s government called the Federation claim “groundless and misleading,” saying it was “based on false stories by reporters whose interests are at stake in the issues concerned.”

“It wasn’t overt interference, but there was a clear message conveyed that (the government) wasn’t satisfied with the reports,” said Sam Grunhard, project director with the Australia-based federation, which claims 600,000 members in 122 countries. “We need to find out more.”

This is not the first report that Ma’s administration is taking a more active role in controlling the the usually free media in Taiwan.  Five board members from Radio Taiwan International resigned after reportedly being pressured by the government to alter its programming.  An editorial written by the Taiwan News urges that the Ma administration not “use China’s news standards”:

We do not believe that the interests of Taiwan will be served by a RTI whose programming and news coverage for the international community and the people on the China mainland reflects only one of our political parties and especially if its performance is judged based on whether it makes Beijing’s authoritarian rulers happy. 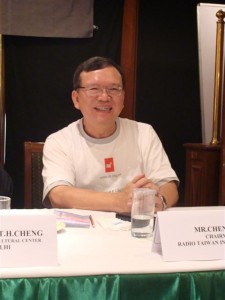 What’s Next For Next Media Animation?