In the wake of the financial crisis, the Chinese economy is faring worse than expected, with the largest financial institutions in the country being among the hardest hit.  Caijing reports on the estimated losses of China’s largest banks due directly to exposure to the American financial crisis:

China Construction Bank: As of September 2008, the bank held US$ 244 million of U.S. sub-prime mortgage-backed securities, US$ 191 million of Lehman Brothers-related debts, and US$ 1.512 billion of securities connected to Freddie Mac and Fannie Mae. It is preparing to write down US$ 673 million. 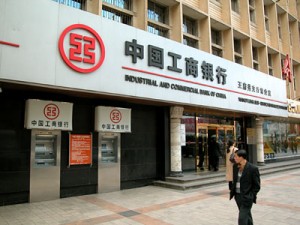 “The economy’s basic momentum has not changed. But in order to confront the many destabilising and uncertain factors that exist, it is necessary to strengthen our awareness of the dangers, proactively cope with the challenges, and do a solid job of preparing to face potential difficulties,” Reuters quotes Zhou as saying.

[…]Despite the still waters, Zhou said the central bank is devising a plan for providing emergency liquidity to banks in case they need it in the future, Reuters writes.

[…]The government has already implemented a handful of monetary and fiscal measures, including two cuts in interest rates and banks’ required reserves, to stimulate growth, Reuters says.

Until recently, many economists had insisted that China was insulated from the global financial crisis rippling through the United States and Europe, and that the Chinese Communist Party had the tools to keep the economy chugging along. But newly released data suggests that nearly every sector of the economy is slowing and credit is tightening in a nation that has grown accustomed to sizzling hot growth.

[…]Analysts worry that a sharp downturn could undermine the country’s already weakening investment climate and impair some of China’s biggest banks, which have bankrolled much of the boom.