A two-year-old boy was orphaned in the southwest Chinese city of Chongzhou when his parents drank pesticide after a nasty row.

The tragedy, reported in the state media last month, bears testimony to the dark side of reform – suicide rates that are now among the highest in the world.

On average, a Chinese person takes his or her own life every two minutes, giving the world’s most populous nation a dismal record as it prepares to celebrate 30 years of otherwise spectacular economic reform. 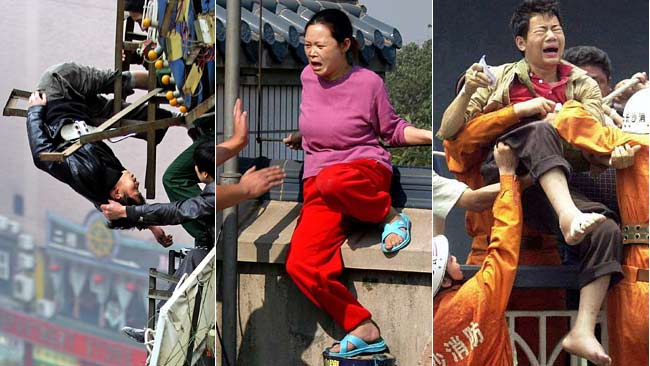 … Since reform kicked off in 1978, the Middle Kingdom has been through enormous upheavals and so has the psyche of its 1.3 billion people.

Society has been uprooted as traditional family and clan structures have disintegrated, straining social relations and putting the individual under immense stress, experts said.

In just one generation, China’s millennia-old civilisation has become one dedicated almost entirely to profit, with profound consequences.

The Poetry and Brief Life of a Foxconn Worker