David Miliband: China Ready to Join US as World Power 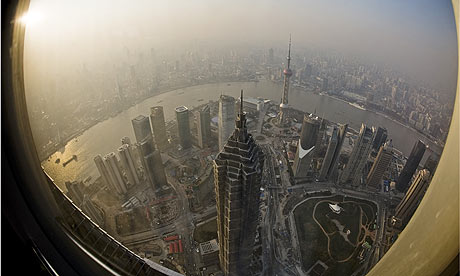 David Miliband today described China as the 21st century’s “indispensable power” with a decisive say on the future of the global economy, climate change and world trade.

The foreign secretary predicted that over the next few decades China would become one of the two “powers that count”, along with the US, and Europe could emerge as a third only if it learned to speak with one voice.

The remarks, in a Guardian interview, represented the most direct acknowledgement to date from a senior minister, or arguably from any western leader, of China’s ascendant position in the global pecking order.

Miliband said a pivotal moment in China’s rise came at the G20 summit last month in London. Hu Jintao, China’s president, arrived as the head of the only major power still enjoying strong growth (expected to be 8% this year), backed by substantial financial reserves.

“The G20 was a very significant coming of economic age in an international forum for China. If you looked around the 20 people sitting at the table … what was striking was that when China spoke everybody listened,” Miliband said.

“China’s indispensability in part comes from size, but a second part is that it wants to play a role.”

Beijing, CEFC, and the Czech Republic

Martin Hála on CEFC and CCP Influence in Eastern Europe

Japan and the U.S. Stay Out of AIIB; Taiwan Wants In