Wires services are reporting a clash between Han and Uighur factory workers in Guangdong which left two dead and dozens injured. From Reuters:

In a massive night brawl at the “Early Light” toy factory in Guangdong’s Shaoguan city, a group of Han Chinese fought with Uighurs from China’s northwestern Xinjiang region who had been recently recruited to the factory, Hong Kong’s Ming Pao newspaper reported.

The violence lasted until the early hours of Friday morning and at least 16 were seriously injured, the newspaper reported.

About 400 riot police had to be deployed to quell the unrest as the rival workers battled, some with knives and metal pipes. The violence was reportedly sparked by a spate of crimes at the factory following the arrival of around 600 Uighur workers in May this year, the newspaper said. 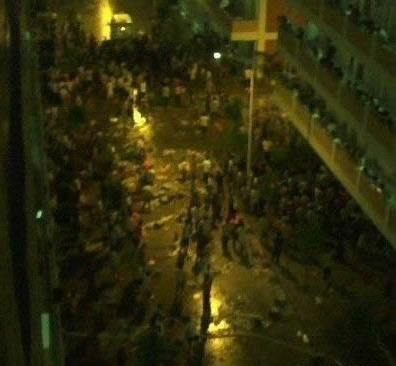