Xinhua reports that storms in central and east China have killed at least 27 people and have damaged more than 341,000 hectares of crops:

As of 5 p.m. on Friday, parts of Henan, Anhui, Shanxi, Shandong and Jiangsu provinces had been hit by gales, hail and heavy rain.

The homes of about 4.44 million people were destroyed or damaged during the storm, with Henan and Anhui worst hit. 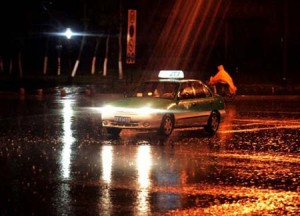 The storm, which began in Henan’s Zhengzhou, Kaifeng and Shangqiu cities at Wednesday noon, caused an estimated 2.212 billion yuan (323.7 million U.S. dollars) in losses, the [Ministry of Civil Affairs] said.