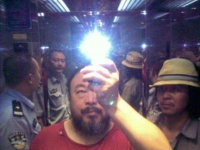 Tonight at half past nine, I got a call from Ai’s assistant Xiao Xu, who said that Ai had been suffering from a headache ever since the violent encounter with the Chengdu police a month ago. It had gotten serious all of a sudden today, and a medical checkup in German had determined that “trauma-induced hemorrhage between the brain and skull” (重挫造成的外颅与脑体间大面积出血, epidural hematoma, perhaps), and the doctors told him to have surgery immediately. Xiao Xu asked me what to do. I said, health is the primary concern. Save documentation of the treatment, and after it’s over, you can have it authenticated by the Chinese embassy in Germany and bring it back to China as evidence.

After I hung up, I sent a text message to Ai. He replied, “I’m outside the operating room waiting for surgery to be arranged. Don’t worry!”

Read a CDT blogger profile of Ai and see photos of Ai’s recent visit with a French journalist.

Update: Ai Weiwei has posted photos of himself recovering in his hospital bed on Twitter: 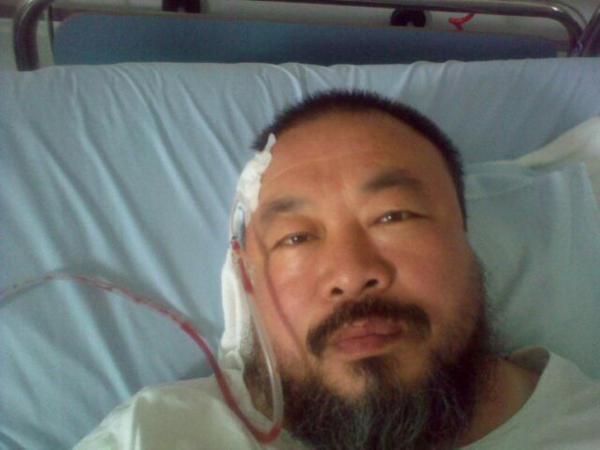 English translation of a Ai Weiwei’s recent tweet can be found on Ethan Zuckerman’s blog:

Here the newest photos. Surgery lasted 2 hours, 2 holes in the skull, 30 ml of blood have been extracted, the pressure on the brain is normal again, no head ache any more.