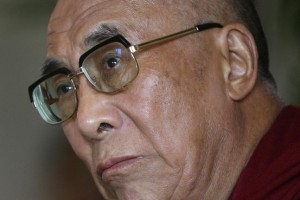 This Editorial is from the Wall Street Journal:

The Obama Administration may think its decision to cold shoulder the Dalai Lama on the Tibetan leader’s upcoming trip to Washington is smart politics. But if the leader of the free world doesn’t stand up for religious freedom, who will?

The news broke earlier this week when an Obama aide told the Tibetans that the President wants to meet Chinese leaders before he meets the Dalai Lama. This is par for the course for an Administration that gave only lackluster support to Iran’s democrats and has made conciliatory overtures to Putin’s Russia and Kim Jong Il’s North Korea.

But it’s still a big departure from a significant and important tradition: President George Bush met the Dalai Lama every time the monk visited Washington; as did President Bill Clinton. The Tibetans hadn’t formally scheduled a meeting with President Obama for next month, but the Dalai Lama had expressed his hope to meet the President on the trip.