As anyone living in Beijing (or anyone following the Twitterstream of those who do) knows, the past few days have seen dangerously high levels of air pollution in the city. The following photos were provided to CDT by an American resident of Beijing. The pictures within each collage were taken at the same time of day (within 30 minutes of one another) on the dates indicated. The two air quality information insets on the photos are taken from China’s ministry of environmental protection (top) and from the US Embassy in Beijing’s Twitter feed. 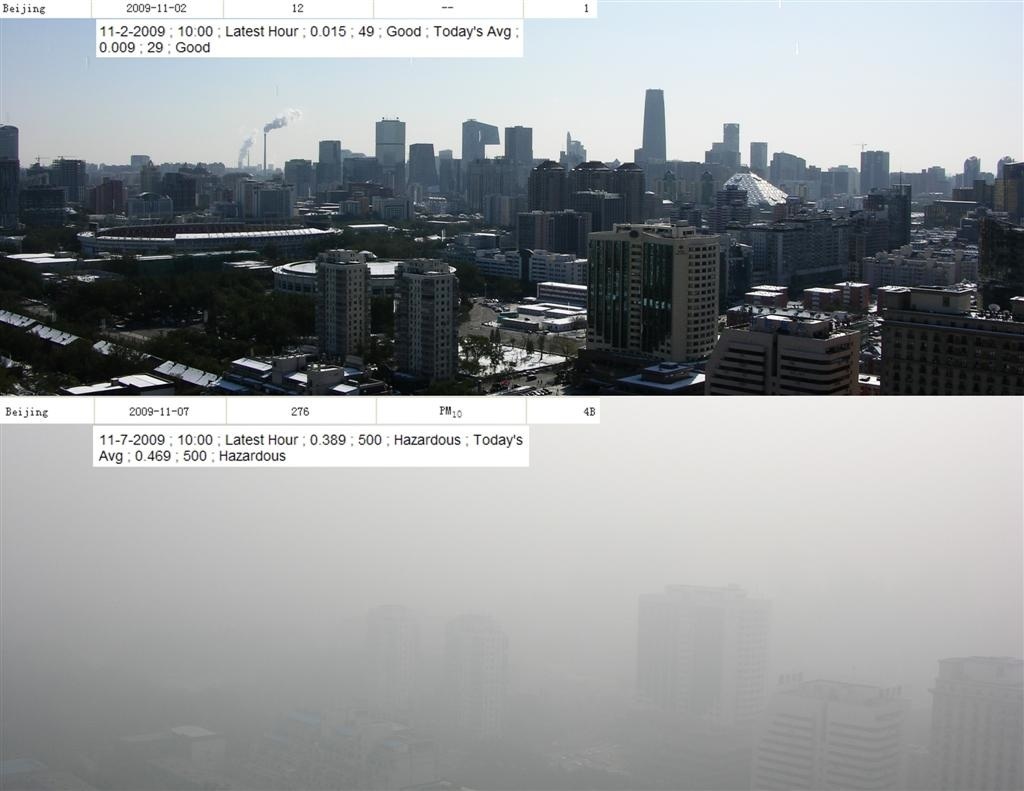 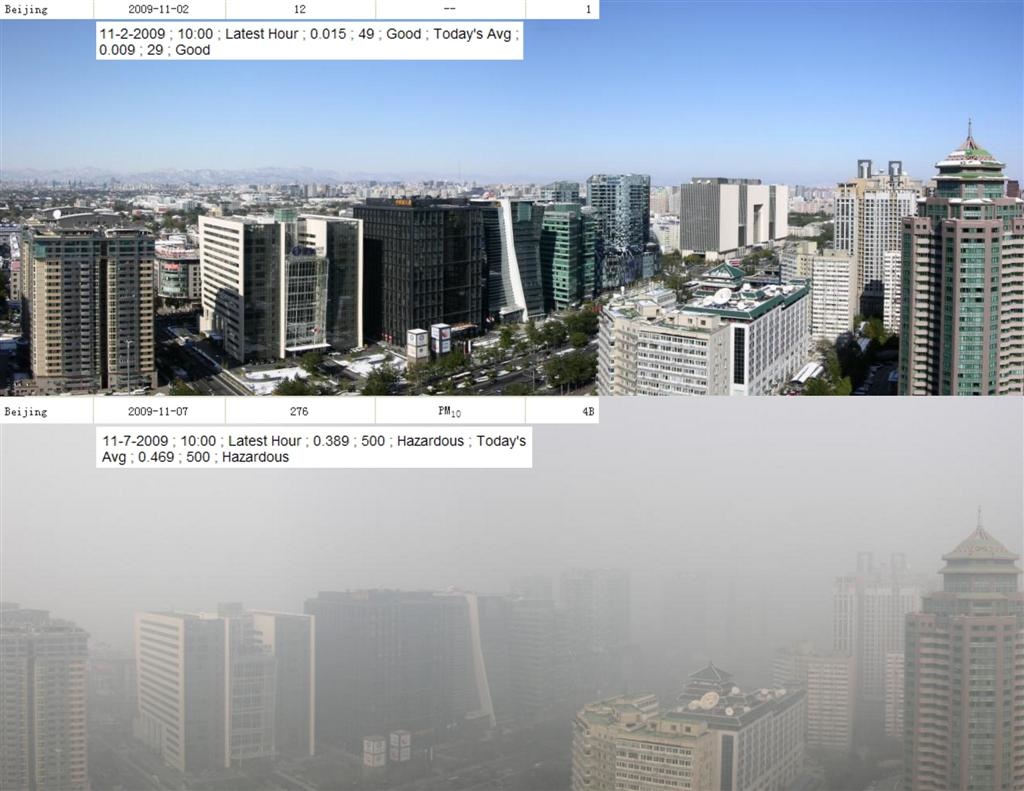 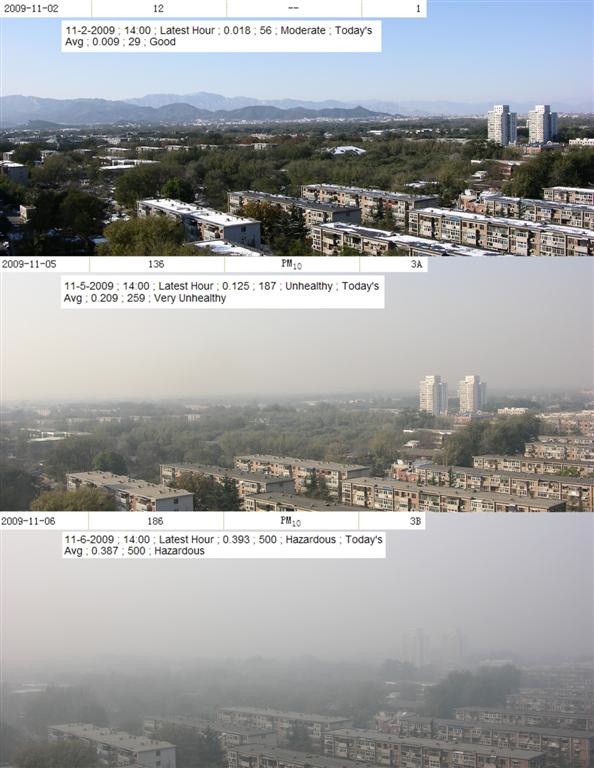 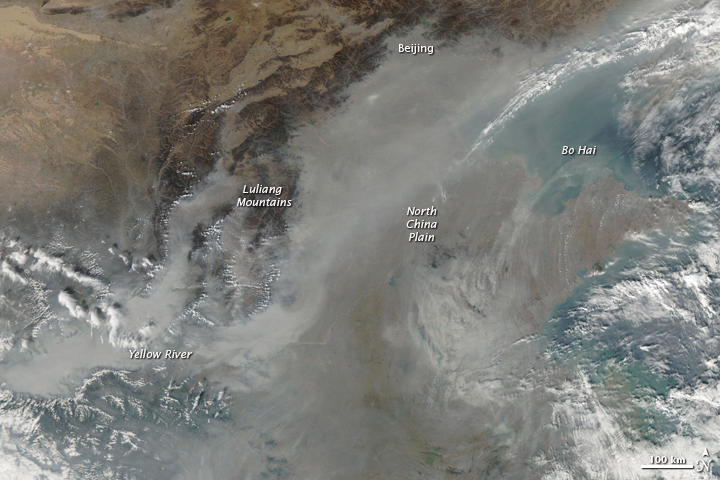 Thick haze and fog settled over much of China on October 28, 2009. In this photo-like image captured by the Moderate Resolution Imaging Spectroradiometer (MODIS) on NASA’s Aqua satellite, the thickest of the gray-brown haze conforms to the low-lying contours of the Yellow River Valley and the western half of the North China Plain near the Luliang Mountains.

As one Twitterer asked last week, “Anyone care to bet about whether Beijing will make it rain before Obama visits?” (It apparently did rain and snow last night, though there has been no indication that the storm was manufactured.)