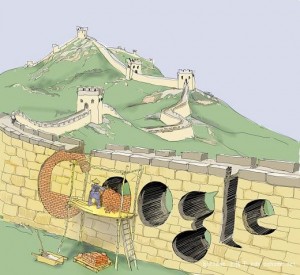 Google has said it is prepared to shut down its local Chinese-language search engine, Google.cn, unless it is allowed to run it uncensored. The company has also indicated that it would like to retain much of its operations there, including its growing ranks of Chinese engineers, its sales force and its toehold in the country’s mobile phone business.

If the company can reach an accommodation on these issues with Chinese authorities, the reward could be significant. Google would be able to claim a principled stand on free speech and human rights while suffering only marginal damage to its business in China.

Experts on China say that is not likely to be easy. The company’s public repudiation of censorship in China has put the authorities there in a position where a forceful rebuke of Google may be all but inevitable.