Peter Hessler: Behind the Wheel, About to Snap

On China Beat, Peter Hessler writes about the role that photography played in his trip across China that spawned his new book, Country Driving: A Journey Through China from Farm to Factory

From my perspective, the digital camera is most significant in how it’s changed the way I organize and use my notes. Digital voice recorders have never played the same role — it might be great in other places and other situations, but recording an interview in China makes people nervous. I learned that they’re far more comfortable if I’m taking handwritten notes, so that’s what I’ve always done.

But a digital camera is quick, unobtrusive, and easy to keep in a pocket. It’s great for signs and notices — infinitely faster than my terrible Chinese handwriting. Sometimes a picture captures a key moment, and later, when I’m ready to write about the scene, I’ll put the image alongside my notes. At one point in my road trip, I was searching for a section of the Great Wall near a remote village called Temple of Peace, and an old man told me to take his grandson as a guide. The boy was twelve years old, and he jumped into the car; five other kids immediately joined him. The grandfather said nothing — he was perfectly happy to let me drive off with what was obviously a high percentage of the children in Temple of Peace.

That was one of many moments when I understood how trusting people are in rural China. And later, when I looked at the photo I took from the driver’s seat, I recalled the silence that settled in the car when the kids suddenly realized that they were on the road with a laowai: 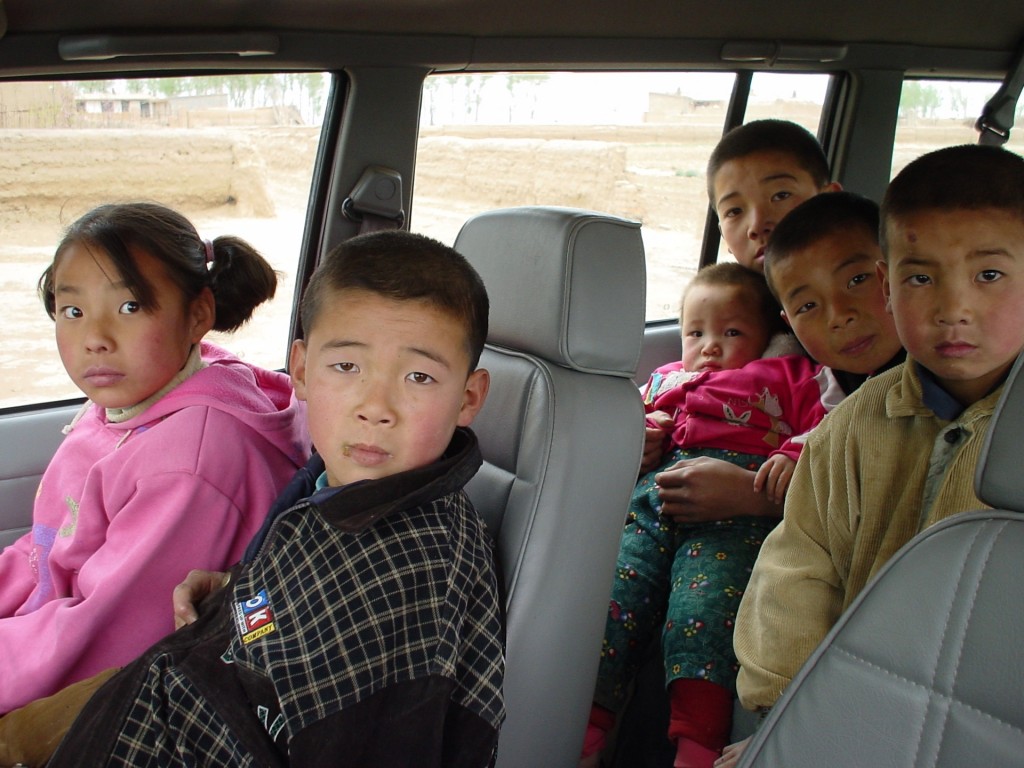